I have some lovely burgundy suede, knee-high Doc Martens boots that I’ve had for a few years. They are incredibly comfy and I’ve worn them a lot. Here they are: 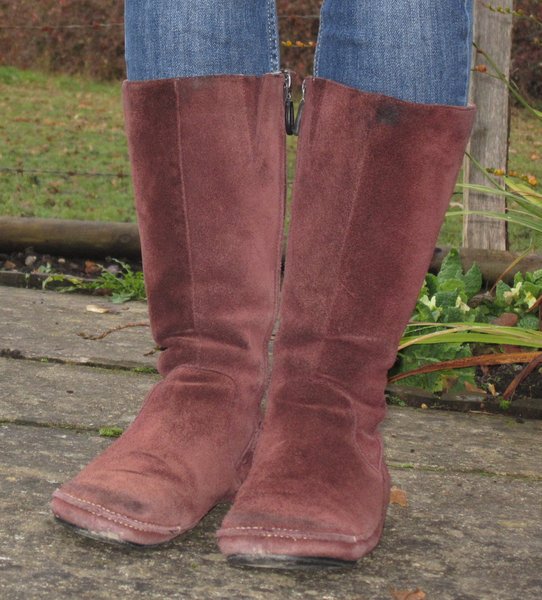 The problem is that while the soles of the boots are tough and pretty durable in the usual DM way, they’re really thin and where the suede overhangs slightly at the heel, the suede has worn through. Like this: 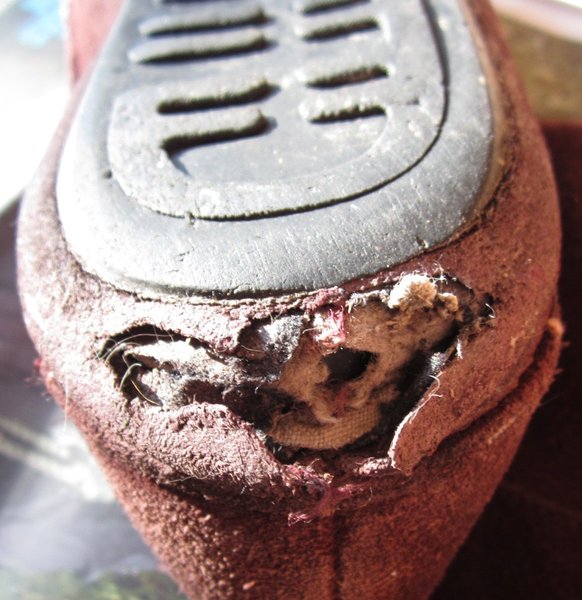 That’s the left one. The right one isn’t quite so bad: 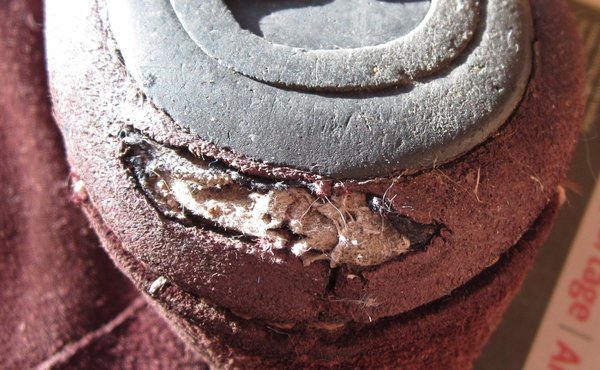 It seemed like a good opportunity to finally try Sugru. I needed black Sugru so I bought a pack of black and white (4 5g packets of each). Having never used it before, it was hard to know how much I’d need but each 5g packet goes surprisingly far.

Sugru comes as soft, coloured putty which you mould to shape and then leave to cure into a hard rubber finish at room temperature. I’d expected it to be a bit of a rush to get the shape right before it started to cure but it actually wasn’t a problem. You have about 20 minutes to work before it starts to cure and that was plenty.

Although I’d originally planned to stitch the suede to create a base for the Sugru, in the end I just filled the holes with Sugru and pressed the edges of the damaged suede into it. This created a nice solid base, took me only about 10 minutes, and used less then one packet altogether. 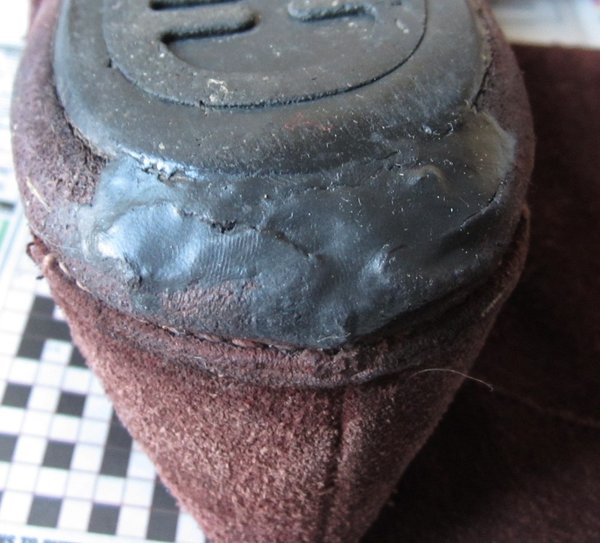 And the right boot: 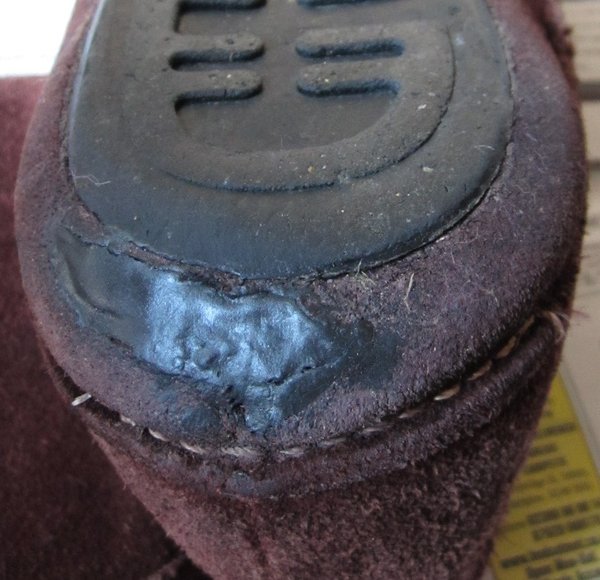 It was a bit rough-looking at this stage but it didn’t matter because there’d be more going on later. I checked that it didn’t cause any lumpiness inside and then left it to cure, which takes about 24 hours, though I left it for longer.

I used the leftovers from the packet to fix the zip. Originally, the boots each had a zip toggle like this: 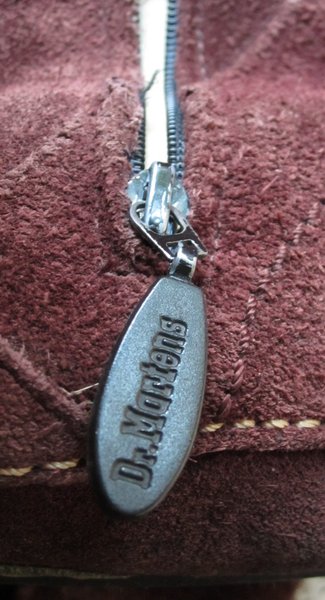 But one of them had pulled off at some point, so I made a new one, like this: 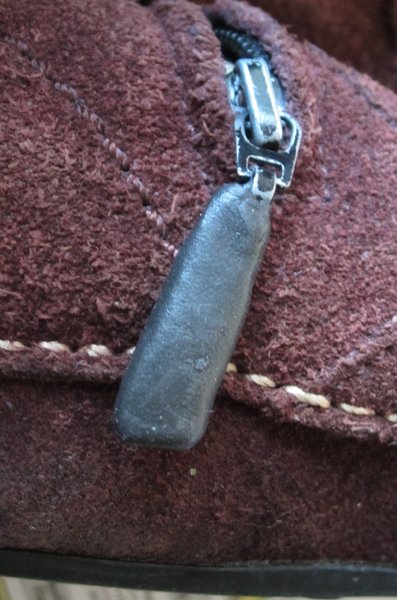 (Not massively neat but it’s on the inside of the leg, mostly out of sight, so it’s fine.)

Session 2: Extending the sole over the heel

In the second session, I extended the existing sole of each boot up the back of the suede heel. This covered up the damage and will, hopefully, protect the heel better in future:

This took two 5g sachets of Sugru and maybe 15-20 minutes to complete but the Sugru stayed soft enough for me to finish smoothing and shaping for as long as I needed.

Since finishing them, I’ve worn them twice and they seem to be coping well. I don’t think you’d notice that the heel wasn’t original (now that the Sugru is as grubby as the rest): 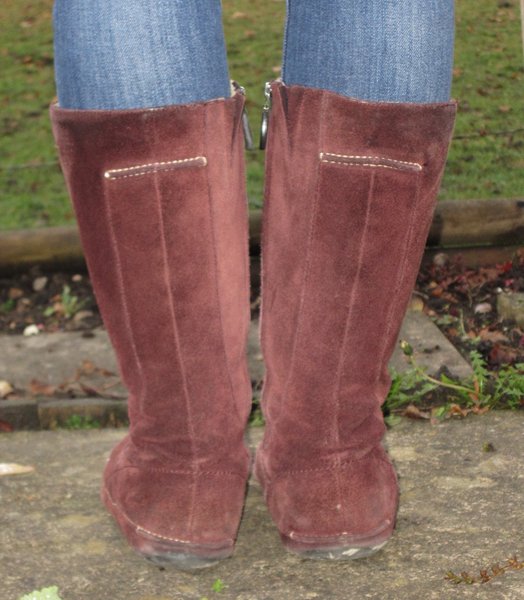