Well, we’re just two weeks away from OggCamp10. It’s all happening in Liverpool on May Bank Holiday weekend. And it’s all looking very exciting!

I went to visit OggCamp10 venue The Black-e this afternoon with Dan and it’s really cool! It’s right in the centre of Liverpool and right next to the massive and brightly coloured Chinatown arch, the entrance to the oldest Chinatown in Europe. The Main Stage is a lovely big room on the upstairs, Stage 2 and 3 are in the basement, and the exhibition/chillout area is on the ground floor by the entrance. We’re planning to have conference wifi too, supplied by one of our sponsors, The Linux Emporium. 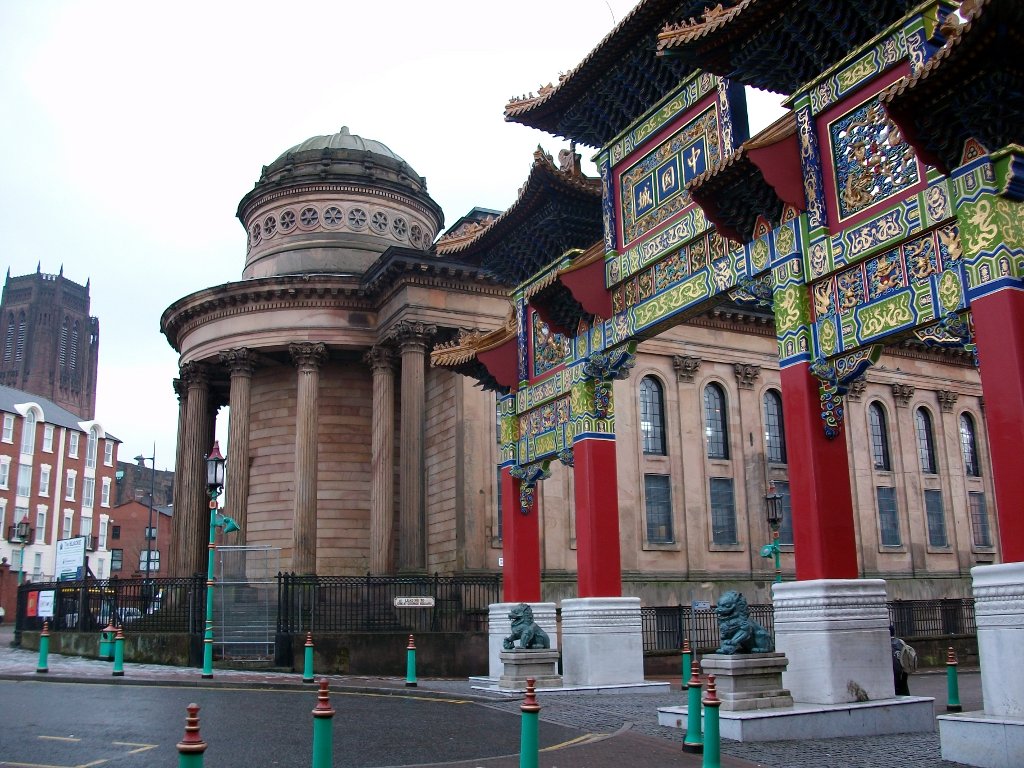 After spending longer than planned roaming The Black-e and trying to imagine it filled with people, we walked 5 minutes down the way to Studio 2, the bar for Saturday night. Studio 2 is the “studio where Coldplay, Barry Manilow, Take That, Spice Girls & Diana Ross recorded” but is now converted into a rather unique-looking bar with food. The building is still a proper recording studio though and, in Studio 2, the padded doors remain, as does the glass window between rooms, and separate recording booths. The bar will be available from 6pm until 2am and the chef will stay on in the early part of the evening so that we can buy food there. 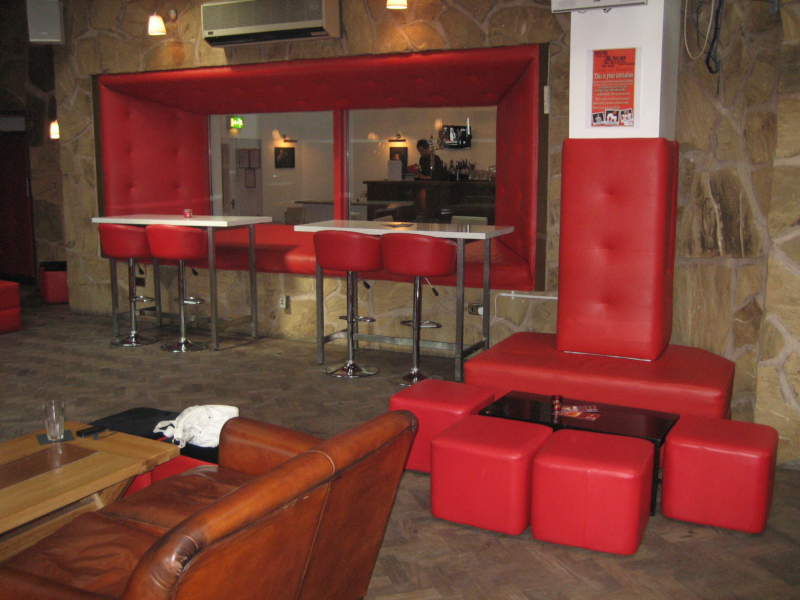 And finally, there’s Liverpool itself. I’ve had various slightly doubtful enquiries about whether it’s worth going to Liverpool (especially if it’s quite a way to travel). I’ve been to Liverpool a few times in my life and I think it’s a really cool city nowadays. 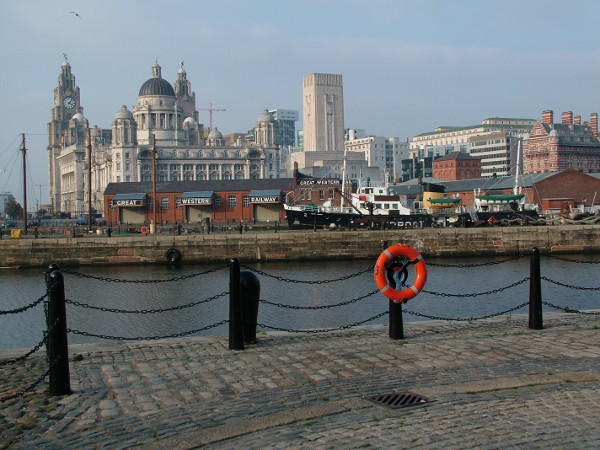 As the 2008 City of Culture, Liverpool has been much regenerated over the past few years and is a really interesting place to be. Lots to see as a visitor, like the big wheel down by the docks, Albert Docks themselves, the Merseyside Maritime Museum, food at the old Bluecoat School… 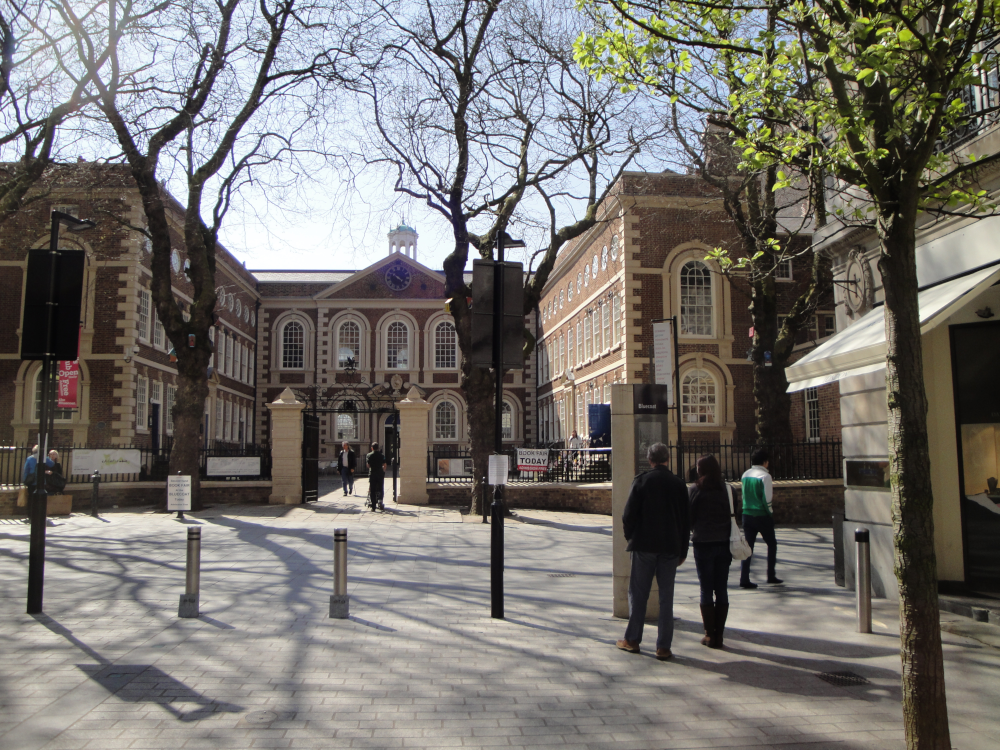 …and not forgetting the rather random SuperLambBanana, an “unusual artwork [that] was created to warn of the dangers of genetically modified food, whilst being appropriate to the city of Liverpool due to the port’s rich history in the trade of lambs and the import of bananas”,  and the 125 mini SLBs that have been sponsored by local (and not-so-local) businesses and are mostly located around the city just waiting to be found–including near the OggCamp10 venue: 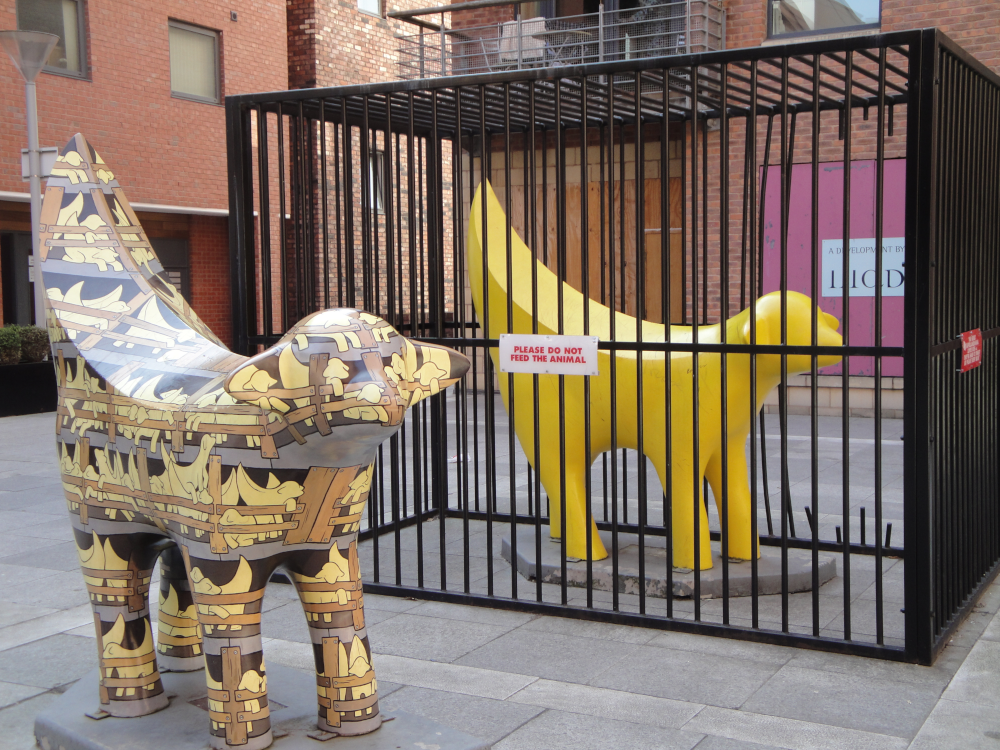 And of course there’s loads of good food (including good Chinese restaurants right by the venue), lots of shopping down the road, and, if today’s anything to go by, lots of sunshine too.

p.s. Thanks to Dan Lynch for the first photo, and to my Mum for the last three.